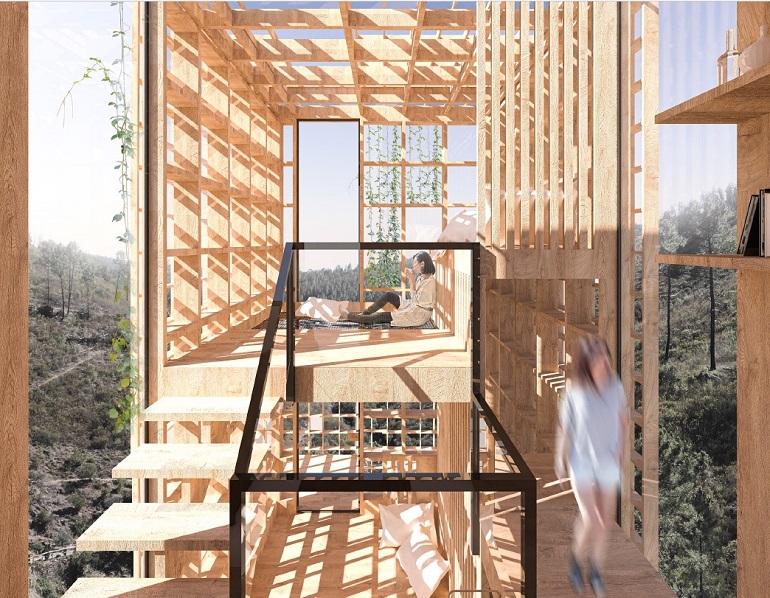 The competition was to design small houses that would serve as hotel rooms for visitors to the Vale de Moses, a place located in the forests of central Portugal. It was organized by Bee Breeders platform. 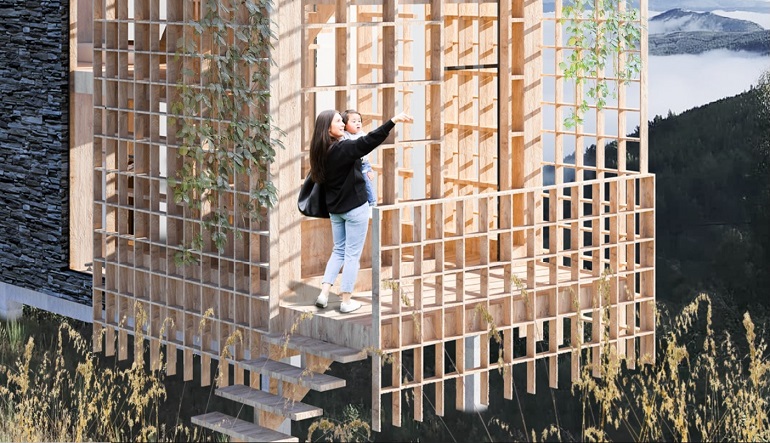 - Bee Breeders is an international leading competition platform for people involved in architecture as well as design. The competition in which we took part consisted in designing small houses, acting as rooms - says Tomasz Klepek.

People from all over the world entered the competition. They were mainly students, but also people related and not related to architecture.

- The main assumption of the project was to create a bedroom where you would feel close to nature while falling asleep. We did not want to place only ordinary beds in the building, but also "nets" mounted in the ceiling. Thanks to this, a place to sleep or rest was created, and the mesh itself allowed the light to penetrate inside the building - says Jakub Ciszewski. 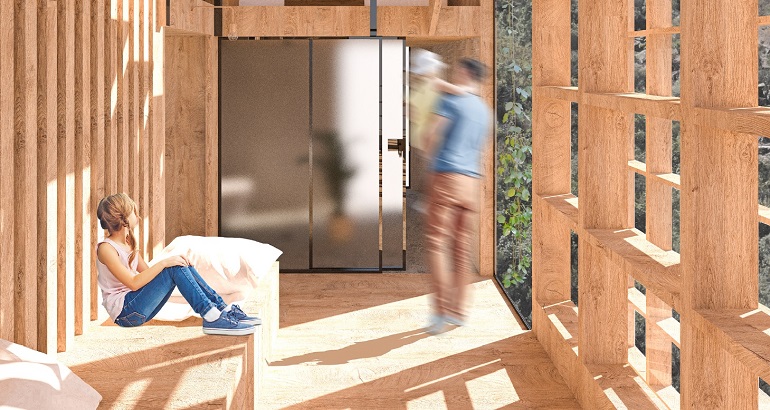 A characteristic feature of the building designed by our students is that it is divided by a longitudinal glass partition into two modules: wooden and stone. Thanks to the versatile adjustable foundations, it is suitable for nearly every possible slope.

- The rules of the competition were quite specific. It was necessary to post on the organizer's website 4 boards in A2 format in a horizontal layout. The content of the boards was absolutely free and depended on the taste of the authors, and the organizer only presented the proposed ways of presenting the project in the information note. A maximum of 4 people could work on one competition entry - adds Mariusz Piwkowski.

The designed building would stand in Vale de Moses Yoga Retreat. It is a place located in pine and eucalyptus forests in central Portugal, visited by hundreds of international guests every year.