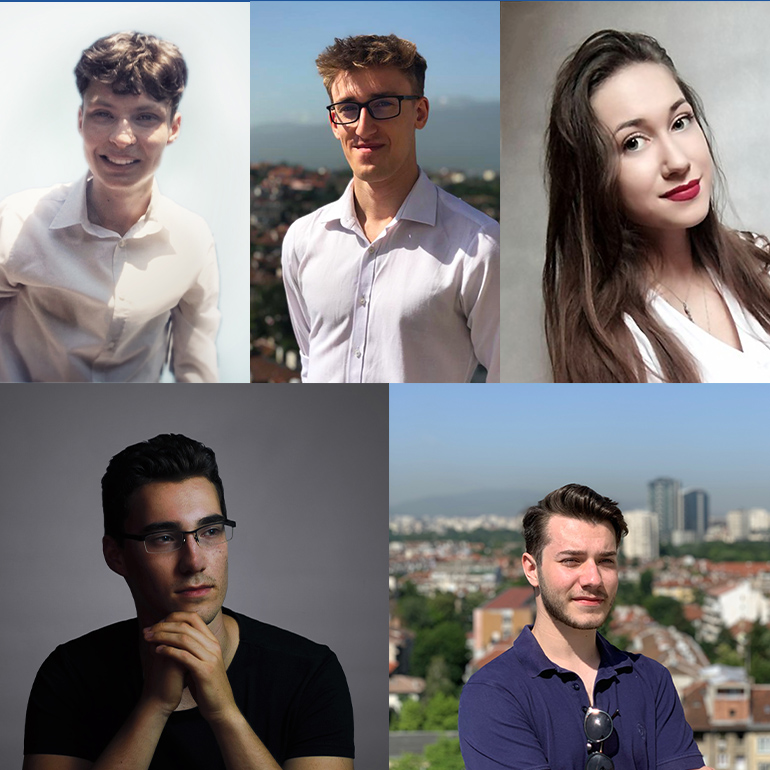 Students’ success in an international architecture competition on pandemic challenges

Students from the Faculty of Architecture of the Silesian University of Technology received an honourable mention in an architectural competition related to the COVID-19 pandemic. They designed construction of a field hospital.

The aim of the competition, which was a 24-hour challenge, was to design a field hospital to combat the pandemic caused by COVID-19. The overarching task for the participants was to design a hospital structure that could be adapted to different locations around the world. In addition, the designs included space for a large vaccination and mass testing centre.

Dawid Drożdż, Monika Marszoł, Jacek Czudak, Dominik Kowalski, Janusz Polański - students of the Faculty of Architecture of the Silesian University of Technology - have prepared a concept of a hospital building with a structure based on... matrioshka, i.e. resembling a box within a box. The project consists of modular elements - containers. The hospital can also be extended by piling up or repeating modules. – “Together, we studied the issue of constructions built in a short period of time - 'temporary architecture'. The problem of field hospitals is primarily related to the fast transport and erection of the entire structure - thus the international standard for this type of construction in the form of modular elements must be applied. The entire hospital was based on this principle. As we wanted to be consistent in our work, we opted for the idea of building blocks which were similar in size. The modules were directly proportional to the individual parts of the building, as well as to the whole complex," says Jacek Czudak, one of the members of the team preparing the design/concept.

The idea of the project was to create a hospital on the large, open and unused space of an airport - such an idea was justified by the reduced air traffic during the pandemic and the good connectivity of the airports with the cities, which would facilitate access to the hospital for every citizen.

“Understanding how such a facility would work was crucial. The dimensions of the facility and common sense in terms of the accessibility of individual zones gave us a broad overview of the principle of operation of a field hospital. Navigating around the facility should be quite intuitive - the issue of visual communication is very important here - we have marked each module both with a colour and a symbol so that users and staff have no doubts as of the module’s purpose," points out Jacek Czudak.

The solution, prepared by Dawid Drożdż, Monika Marszoł, Jacek Czudak, Dominik Kowalski and Janusz Polański, was appreciated by the jury of the international competition and received an honourable mention. The time for completing projects is also noteworthy: the participants had only 24 hours from receiving the brief. – “We had no idea what the exact subject of the competition would be. The competition organiser proudly boasts the motto "take the risk", which quite clearly suggests that the competition task is a kind of unknown and surprise. Of course, the competition website said that it would deal with pandemics, but nothing more was specified. It could have been a piece of urban furniture for a post-pandemic reality, a sculpture, a space or anything else that would somehow refer to the pandemic. The competition brief with a detailed description was made available at 1 p.m. and only then did we see the theme, which was the design of a modular hospital for over a thousand patients” the winners explained.

As indicated by the students, preparing a project under time pressure was quite a challenge and left no place for mistakes or problems in the division of labour. That is why good cooperation, mutual assistance and excellent communication were so important. What also improved the students' work was the use of each team member's potential, strengths and knowledge in a specific area of activity.

„Consistent striving and working together, but also diverse experience and diversified skills are important. Nevertheless, it is worth emphasising the atmosphere and morale within the team. A good team cannot consist of randomly selected people, and certainly not in a 24-hour competition where cooperation and awareness of each other's strengths is crucial," Jacek Czudak concluded.