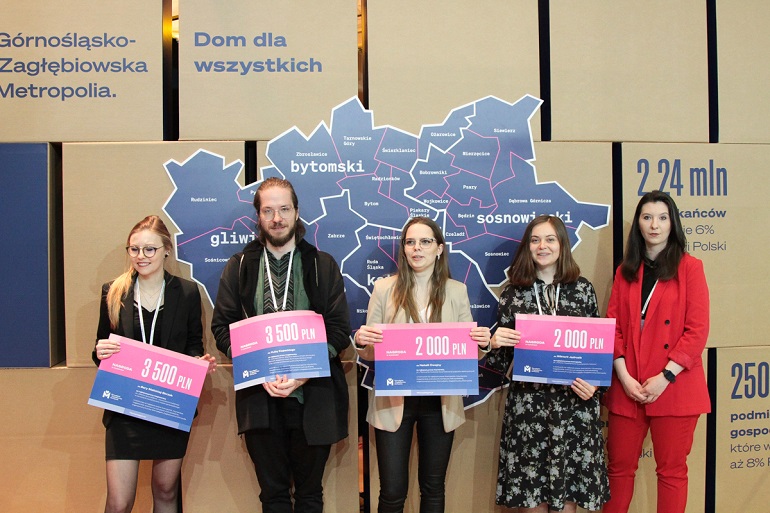 Students awarded in the Metropolis GZM competition for the best thesis

Three students from the Silesian University of Technology have been awarded in the Upper Silesian Metropolis (GZM) competition for the best BA, BSc and MSc thesis on cities and regions. Their authors received their awards during the European Economic Congress in Katowice.

In the first edition of the competition, students and graduates from the area of the Metropolis GZM submitted their theses which have been defended since the academic year 2018/2019. The topics of the submitted works could refer to any aspects related to urban development - the jury of the competition paid particular attention to issues concerning the areas and projects addressed by the Metropolis. Awards between PLN 2000 to PLN 3500 went to four people. The following laureates have been selected:

The competition for the best theses is a part of a broader project called Metropolis of Science, which constitutes a package of financial and organizational tools to support universities in improving their educational offers and thus strengthen the role of the Metropolis GZM as an academic, research and development centre.