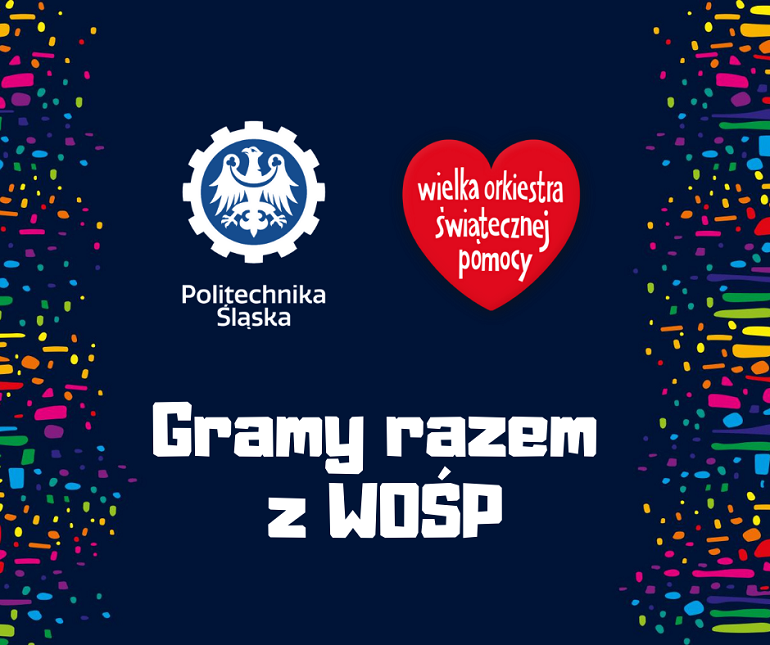 Silesian University of Technology will play with WOŚP again

The WOŚP will play for the 30th time. The jubilee finale will be held on 30 January 2022. As every year, the action is supported by the Silesian University of Technology.

The Gliwice finale of the WOŚP will take place on the Main Square. There will be concerts, shows, competitions and auctions. During the event, the Silesian University of Technology will also present its stands. We will be waiting for you with the representatives of the scientific circles from 1 p.m. We have prepared many attractions. You will be able, among others, to see the bolide constructed by the scientific association Silesia Automotive, students will also prepare a driving simulator on which those willing to participate will be able to compete with a professional driver.

During the event, on the main stage in the Gliwice Main Square, auctions will be held. It will also be possible to bid for items and attractions prepared by our University. Biotechnology Center SUT has prepared "A day with a scientist combined with a tour of the Centre". The person who wins the auction will be able to see the Centre's laboratories, learn about the secrets of scientists' work, and even perform a few simple experiments under the watchful eye of specialists.

The Institute of Physics has prepared for the auction a guided tour of the Institute, and a fragment of ancient wood with a certificate of age confirmed by radiocarbon methods. During the finale, one can also bid for dance workshops, beautiful winter hats and hand-made bags donated by the Dąbrowiacy Academic Dance Group.

Additionaly, the Volunteer Center at the Silesian University of Technology will host the WOŚP headquarters with students from the Academic Secondary School in Gliwice.

The WOŚP finale will take place on January 30, 2022, but you can already take part in the auctions. On Allegro you can bid for a set of gadgets with the Silesian University of Technology logo. Auction, which you will find at this link will last until January 21, 2022. After it ends, the next one will start. You will be able to bid for a professional photo session on the campus of the Silesian University of Technology.