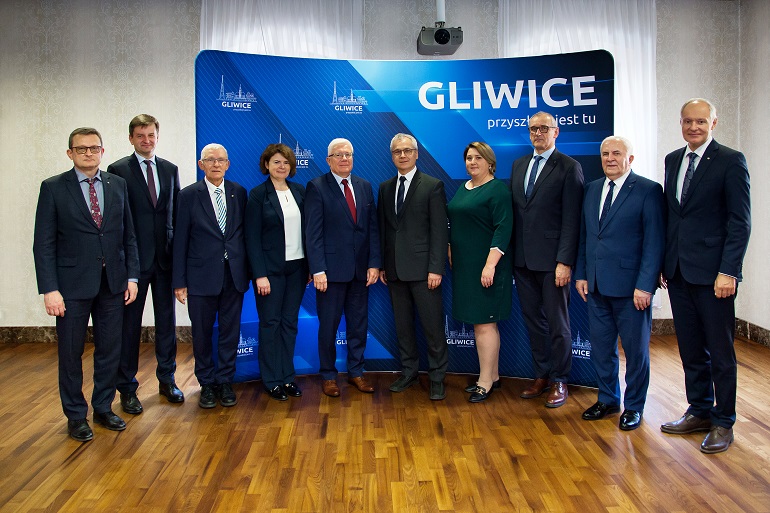 On October 11, in the Gliwice town hall, a meeting of the Rector's College of the Silesian University of Technology with the authorities of the City of Gliwice took place.

The cooperation between our University and the local government in Gliwice has been going on for many years at various levels and in many specializations. New areas of cooperation are still open, which was discussed during the Monday's meeting between the authorities of the Silesian University of Technology and the city authorities.

- The Silesian University of Technology educates thousands of students, who are willingly employed by local companies and regional business. The presence of the university and its unique human capital stimulate the development of our city, making it possible to fully exploit its potential. We want not only to continue the long and fruitful cooperation with the Silesian University of Technology, but also to constantly expand it. There are many fields of cooperation, from making use of the specialist knowledge of the university's scientists in designing further activities and investment plans, through intensive involvement of municipal companies in joint projects with the university, internship programmes for students, implementation of the broadly conceived idea of a "City for the Young", innovative activities for the benefit of disabled persons in the city, to active cooperation in adapting the premises of the VICTORIA Cultural Center and joint promotion of this place - emphasised the Mayor of Gliwice, Adam Neumann.

Rector Arkadiusz Mężyk emphasized that good cooperation between the authorities of our University and the management of the City of Gliwice is extremely important for the Silesian University of Technology. We want the University to be an attractive place that will attract new students, so that they, after finishing their education, would choose Gliwice for their future. Together, we want to create such conditions for them. We are currently focusing on the possibilities for development, e.g. working out a common concept of development of the city - including the academic district, extension of the Silesian University of Technology investment areas, improvement of communication - not only with the academic district, but also within the city and the entire Upper Silesian and Zagłębie Metropolis.

We have a number of plans which we are discussing in this respect. Together with our city partners, we will be involved in many projects, such as developing cooperation with the Lviv University of Technology, or developing education in the field of civil aviation.

For many years the Silesian University of Technology has been highly ranked in regional and national rankings in terms of the number of graduates supporting the management staff. On the basis of the human capital of our Research University numerous enterprises develop in the city, as well as innovative companies from IT sector located in the “New Gliwice” Education and Business Center, municipal companies such as Upper Silesian Agency for Entrepreneurship and Development or Silesian Metropolitan Network (first in Poland self-governmental IT infrastructure operator), as well as start-ups using infrastructure and services of Science and Technology Park ‘Technopark Gliwice’ - an important platform for cooperation between the spheres of science, business and local government. The intellectual potential of the scientific staff of the Silesian University of Technology involved in the work of working groups on the new development strategy for the city of "Gliwice 2040" is a definite added value in the long-term process of creating this important strategic document. 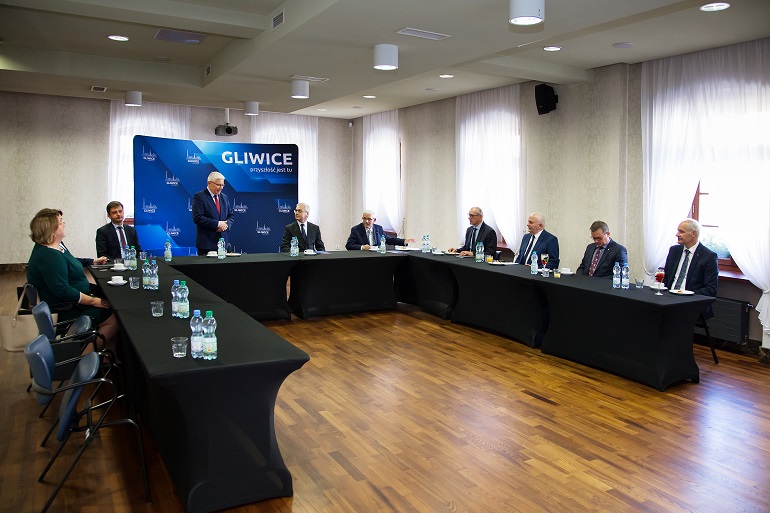