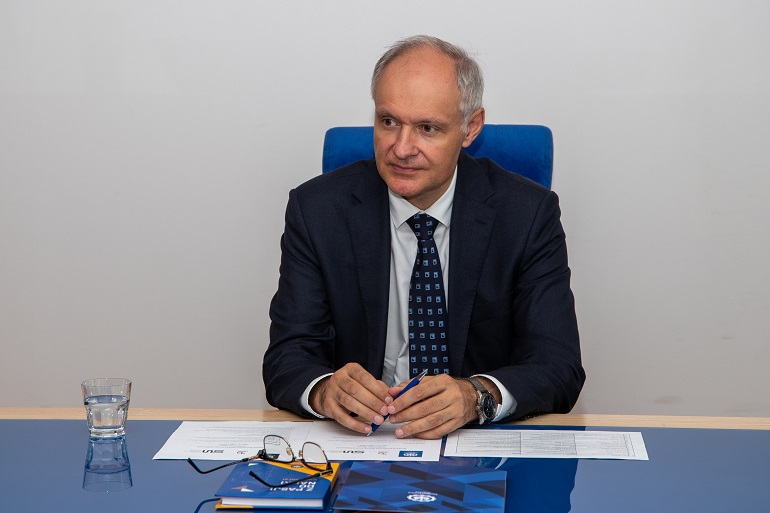 Meeting of the Members of the Silesian Universities Network (SUN)

There was also an address given by the guest, Professor Tomasz Pietrzykowski Vice-Rector for International and Domestic Cooperation at the University of Silesia in Katowice. Prof. Pietrzykowski is also a chairman of the Council of the Polish National Agency for Academic Exchange.

A special guest was Kazimierz Karolczak, Chair of the Management Board of the Upper Silesian and Zagłębie Metropolis  (Metropolis GZM) who talked about plans for development and promotion of our region and the possible role of Silesian universities in this process.

The meeting of the representatives of universities associated in the Network allowed for an exchange of experience and discussion on joint initiatives promoting both Silesia and Silesian public universities.

The Silesian Universities Network (SUN) was established in 2010 as an initiative of nine public academic institutions in the Silesian region. Its aim is to promote higher education in the Silesian Voivodeship, the country and in the international environment.