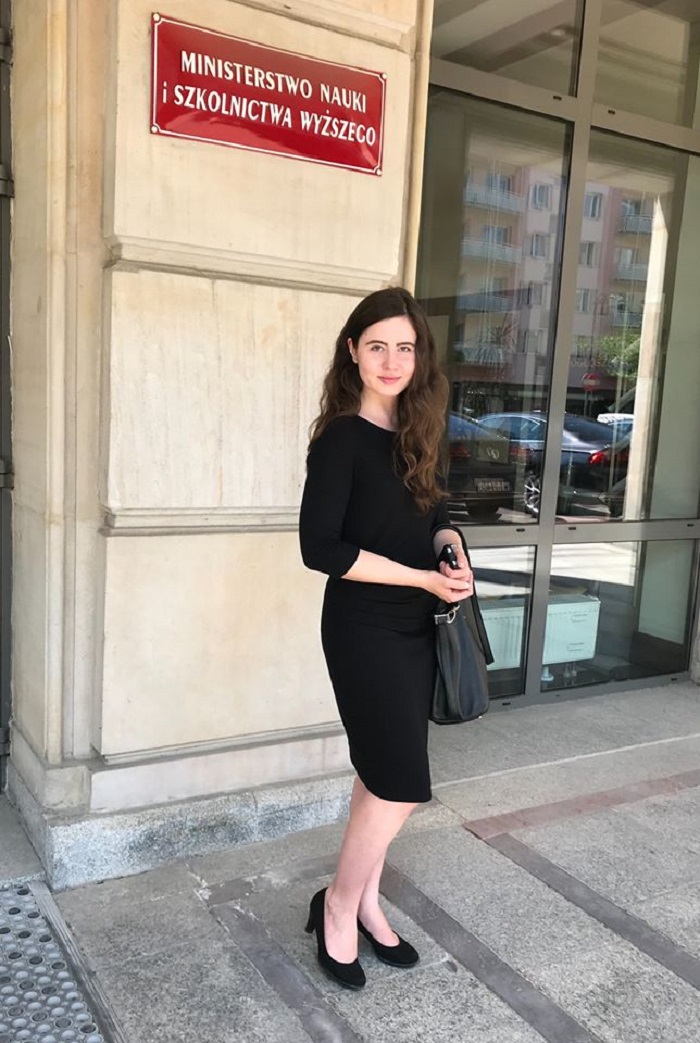 The general meeting of 29 European, national member organisations representing doctoral students and junior researchers within the European Council of Doctoral Candidates and Junior Researchers (EURODOC) was held on 16 and 17 July 2021. The election held during the meeting ended with a double success of Katarzyna Turoń MSc, Eng., assistant in the Department of Road Transport.

As a result of the vote Katarzyna Turoń MSc, Eng. was re-elected coordinator of the Interdisciplinarity WG and coordinator of the Research Policy WG. It is worth mentioning that the Research Policy WG is one of the leading working groups of the organisation. It is closely linked to cooperation with European Union bodies and is concerned with monitoring the development of science policy and assessing its potential impact on the junior researchers’ activity.

Moreover, on behalf of EURODOC, Katarzyna Turoń MSc, Eng. will represent doctoral students and junior researchers in the Council of Europe, Environment, Climate Change, Heritage and Health Committee based in Strasbourg.

- EURODOC is an international federation of doctoral candidates and junior researchers. It is represented by 29 national organisations of doctoral candidates and junior researchers from 28 countries of the European Union and the Council of Europe. As a representative of junior researchers at the European level, EURODOC cooperates with all major stakeholders in research and innovation in Europe, including the European Commission, the Council of Europe, EUA-CDE EUA Council for Doctoral Education, European Research Council, Euro Science, LERU, Science Europe, Euraxess, Initiative for Science in Europe, Marie Curie Alumni Association - says Katarzyna Turoń MSc, Eng.

All working groups serve as a platform to address specific topics affecting junior researchers in Europe. - I have been connected with EURODOC since 2018. Initially, I served as Newsletter Coordinator, then as a Board Member and Coordinator of the Working Group on Scientific Interdisciplinarity. In the upcoming term, the General Assembly has placed its trust in me and allowed me to coordinate two working groups - again the Interdisciplinarity Group and one of EURODOC's most valued groups - Research Policy. Moreover, I also became a member of the Environment Committee of the Council of Europe - says Katarzyna Turoń MSc, Eng.

- I think that my involvement in EURODOC creates also an opportunity for junior researchers from the Silesian University of Technology. I hope that I will manage to activate them to join working groups of the organisation, adds Katarzyna Turoń MSc, Eng.

The activity within EURODOC is not only an opportunity to gain knowledge and new experience, but also to establish cooperation at the international level, both in terms of research, publication possibilities or academic mobility.  - It is also building European awareness and emphasising the importance of internationalisation of scientific research, which is particularly important from the Research University’s point of view - concludes Katarzyna Turoń, MSc, Eng.