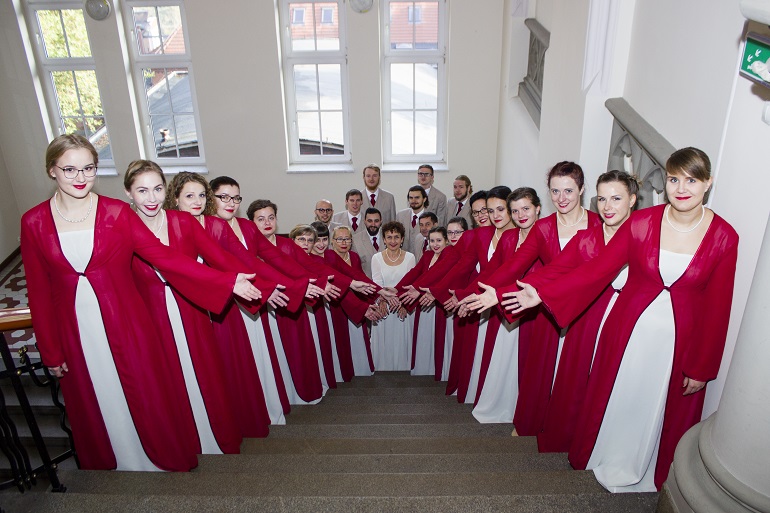 The Academic Music Ensemble (AZM) of the Silesian University of Technology invites you to a jubilee concert. As part of the 25th anniversary celebrations, the artists invite all generations of their choristers, former and current employees of the Silesian University of Technology and enthusiasts of classical music. The concert will take place in St. Bartholomew's Church in Gliwice on Saturday, 20th of November, 2021 at 7:00 PM.

Gioacchino Rossini's Little Solemn Mass will be performed during the concert. This piece of music was not chosen by accident: AZM was founded on 29th of February 1996, which was Rossini's birthday.

The fact that the choir and instrumental ensemble, established a quarter of a century ago, still exists and performs music at a very high level is a source of pride. The ensemble does not limit itself to one genre, style or era - it performs different music flavours: from classical to modern, gospel, sacred, spirituals, jazz, pop and others, including vocal-instrumental.

The conductor of the choir and the instrumental ensemble is invariably Professor Krystyna Krzyżanowska-Łoboda. The ensemble has been adding splendour to academic ceremonies for years. It often takes part in charity concerts and its carol concerts at the ”Mrowisko” Students’ Culture Centre have become a tradition. Due to the pandemic, the activities of the ensemble have partly moved to the Internet - the ensemble's recordings can be seen on YouTube.

The most important achievements of AZM over the years include: winning the competitions in Pardubice and Rybnik, very high places at the 1st and 2nd European Choral Olympiad (Germany, Austria) or in competitions such as "Cracovia Cantans", "Vratislavia Sacra" or "Legnica Cantat".

AZM is the organiser of the International Music Workshops "Musica Pro Europa", to which it invites performers from all over the world. During this cycle, compositions  of Mozart, Verdi, Bach, Brahms, Haendel, Faure and other great composers have been performed in Gliwice. Gliwice residents particularly remember "Carmina Burana" by Carl Orff, performed at Kąpielisko Leśne on the occasion of Poland's accession to the European Union in 2004.

AZM is first and foremost about people. During the 25 years of its activity, the ensemble has had several hundred members, mainly students. New members of the choir and the instrumentalists are currently being recruited - choir rehearsals take place on Tuesdays and Thursdays in ”Mrowisko” from 6:30 to 9:00 PM, and the instrumental ensemble practices on Thursdays from 5:00 to 6:30 PM.